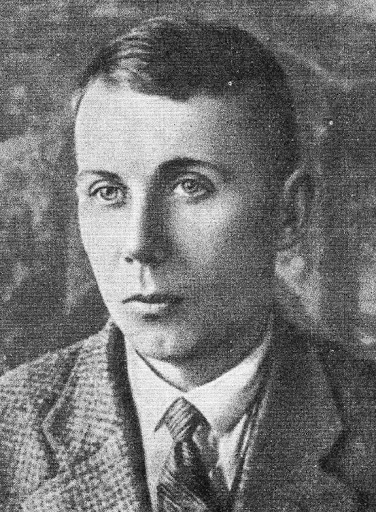 In the performance “Woe to the Liar” by F. Grillpartzer (1918) he addresses the style of comedy del arte. The game style of space offered by the artist, subjects became a playground for actors.

The space of the performance “Christmas Nativity Scene” (1919) illustrated the traditional two-story “nativity scene choir” with two equal parts: “heaven” and “earth”. Only not puppets acted, but live actors, everything looked grotesque.

“Oedipus the Tsar” (1919) demonstrated even more Petrytskyi’s need to generalize the artistic design of the performance. Multicolored fabrics and columns in the performance immediately gave a premonition of tragedy.

Since the “Young Theater” ceased to exist in 1919, merging with the First Theater of the USSR (since 1937 – USSR) named after Taras Shevchenko, in 1919 Petrytskyi joined the founding together with Les Kurbas of Ukrainian Musical Drama – the first Ukrainian opera house. The first premiere was to take place here – the opera “Taras Bulba” by M. Lysenko. Petritskyi stylized sketches for ancient Ukrainian art: he worked on painted tiles and baroque Cossack portraits in a grotesque spirit. The work continued in tense conditions, while the government in Kyiv changed almost daily. The Denikinites stormed Kyiv, a bomb hit Ukrmuzdrama, and a fire broke out, burning Petritsky’s costumes, sceneries, and even sketches. He will resume his work later.

Kurbas and Petritskyi in 1920 together created an innovative synthetic performance “Haidamaky”. The performance highlighted the aesthetic and philosophical basis and interpretation of space in the art of expressionism. “Poor” scenery from the gray line dressed the stage. The retinues of ten women, the so-called “ten words of the poet” were of the same material. All the other characters were dressed in folk costumes, borrowed from Leifert’s costume room. Bright characters stood out on a gray background, gray characters – merged with it.

Later, Anatol Petrytskyi used this technique again. In 1928 on the stage of the Kharkiv Opera, where as the main artist of the theater he designed Giacomo Puccini’s opera “Turandot”.

After the “Haidamaky”, Kurbas and Petrytskyi did not stage anything together. Petrytskyi was the chief artist of the First State Drama Theater of the Ukrainian SSR and the Ukrainian Musical Drama in Kyiv. He was engaged in the design of books and magazines. In 1944 he became the National Artist of the USSR. However, the work of the artist of the Soviet period is significantly different from his avant-garde period. 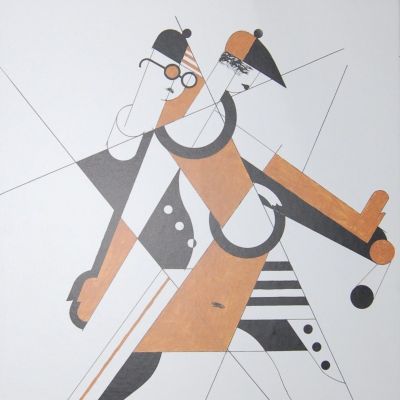